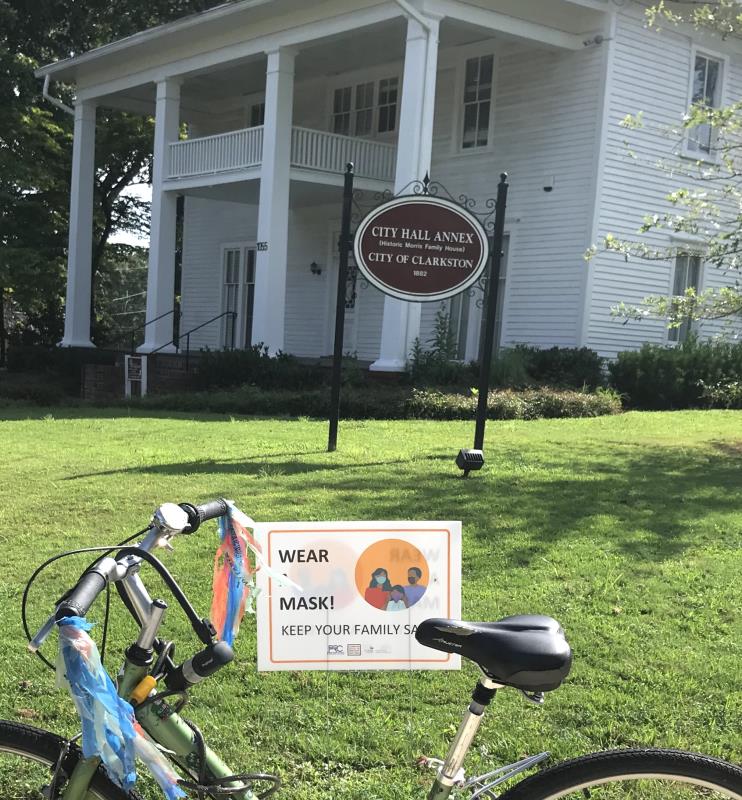 The Clarkston City Hall Annex building is a 4,500 square-foot renovation and adaptive reuse of the historic Morris Family House, originally built in the late 1800s.

Clarkston is a railroad town. According to the city's website, in as early as the 1830s, the railroad started constructing rail lines that, by 1845, would connect surrounding Atlanta towns (including Clarkston) with merchants of Athens, and with outlets in Augusta and South Carolina. The city itself includes just a half mile on each side of the railroad. 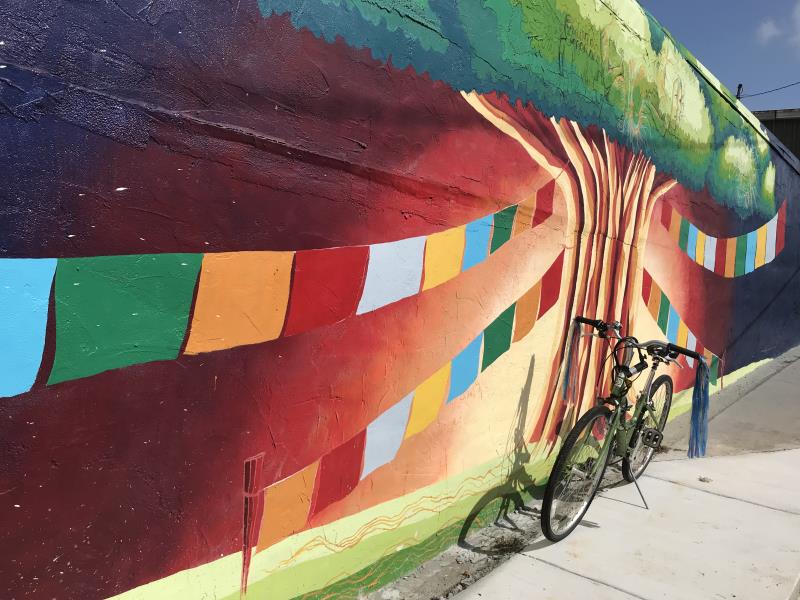 There are numerous murals around Clarkston, mostly in its little downtown area on and around Market Street. Thriftown is one of my very favorite places in Clarkston. It is a family-run business purchased in 1990 that saw diminishing sales until it realized it needed to cater to the burgeoning refugee population, and thus did a complete turnaround. You may enjoy reading or listening to this story about it: https://www.wabe.org/how-refugees-helped-struggling-ga-grocery-store-succeed/ 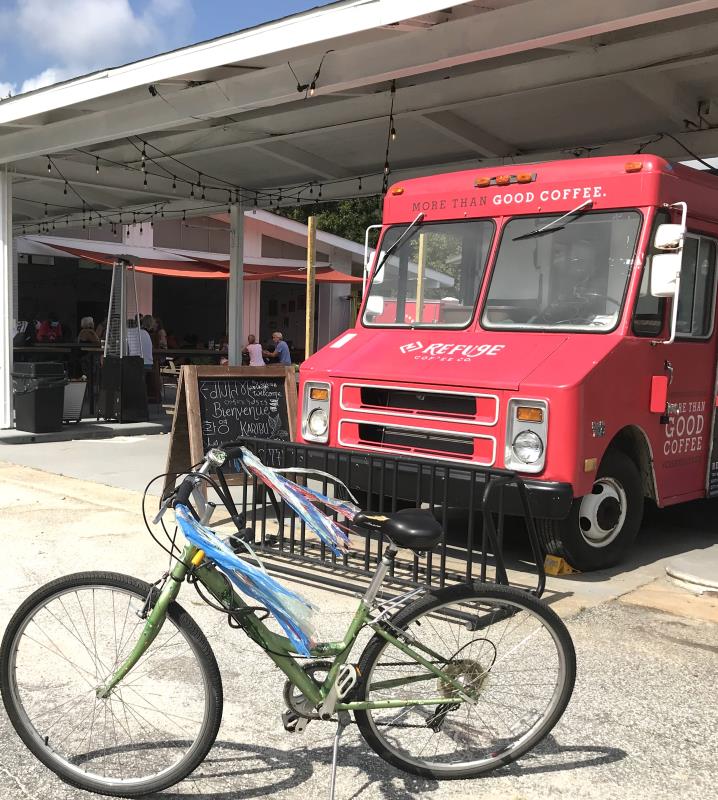 Here's another of my faves — Refugee Coffee! Refugee Coffee, a 501c3 non-profit business, exists to serve the global community in Clarkston through coffee-related job creation, job training, social networking, and commerce. It is THE place to be. See its website here: https://www.refugecoffeeco.com. And please, do consider making a purchase. 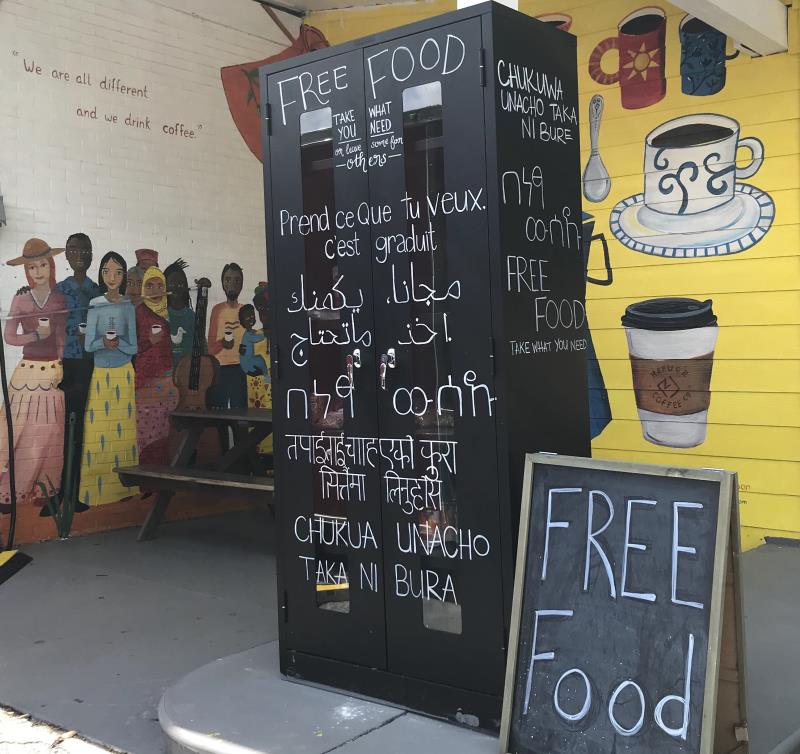 They even give out free food to those in need. Really take a moment and read the trees on this mural next to Refugee Coffee. 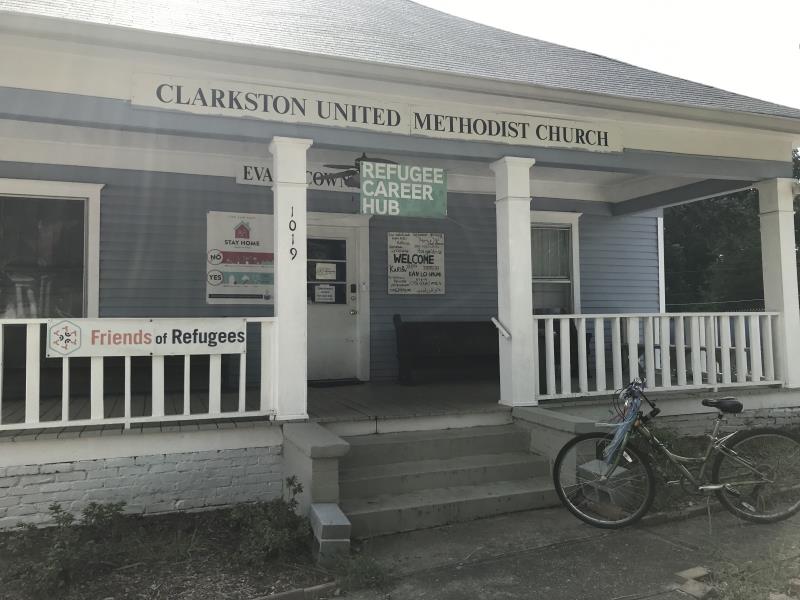 This old church building now serves as the Refugee Career Hub, which is a walk-in career assistance center for UN resettled refugees. It used to be the original school of the Fugees Academy (now located across the street), the first school specifically for refugee children-of-war in the USA (now with a second location in Ohio — its founder, Luma Mufleh's, story is told in the stunning book, Outcasts United, which also includes a lot about Thrifttown and Clarkston in general.) There's a Little Free Library in front of the Refugee Career Hub where I left my book, Traveling at the Speed of Bike, for you! See pages 56-58 for a story about Clarkston! This gorgeous car-free bridge spans Interstate 285-- the deadliest highway in the USA! It is part of the PATH from Stone Mountain to Downtown Atlanta which passes through Clarkston. I'm not sure you can freely access the Jolly Avenue Garden but the gate was open and I wandered in! If you can't get in, do notice the banners on the fence that show the Jolly Avenue Development Center currently being built that will serve UN War Refugees on their journey to become new Americans. As you are riding on Jolly Avenue, notice the many apartments that have gardens outside of them. The refugees bring their traditional gardening knowledge with them to Clarkston and are encouraged in many ways to continue to grow healthy food for their families. You can find out more about the Jolly Avenue Garden here: https://www.jollyavenuegarden.org

And if that's not enough to make your bike ride in this city interesting, Clarkston also hosts the Atlanta Area School of the Deaf. If you are able to enter the property (again, the gate was open on the day I visited recently), go to the right and check out that gorgeous "stained glass" pavilion and the greenhouse and garden beyond it. 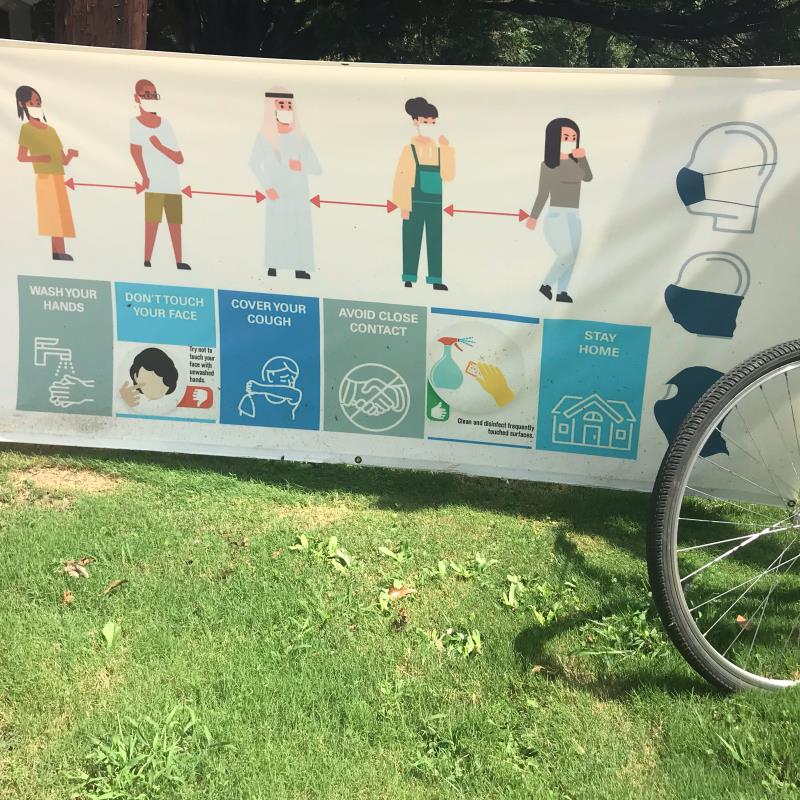