"Women on the Walls" Street Murals while Traveling at the Speed of Bike! 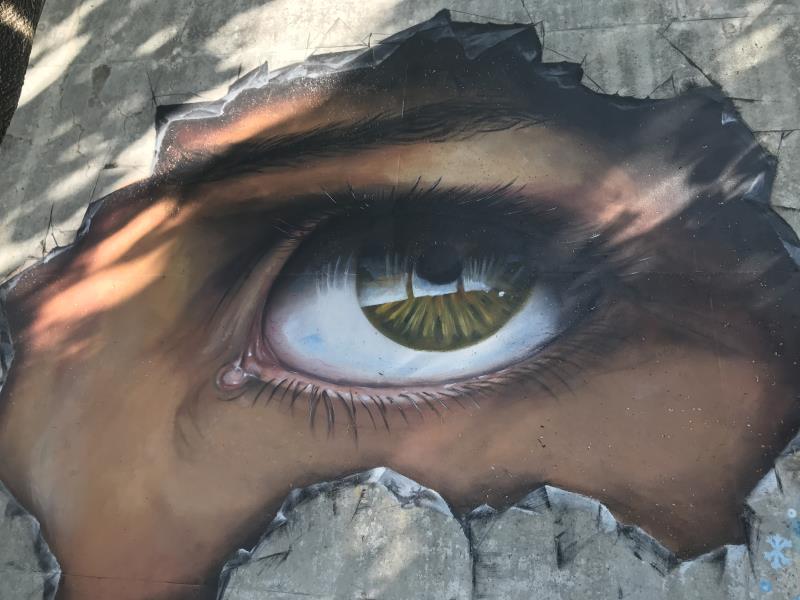 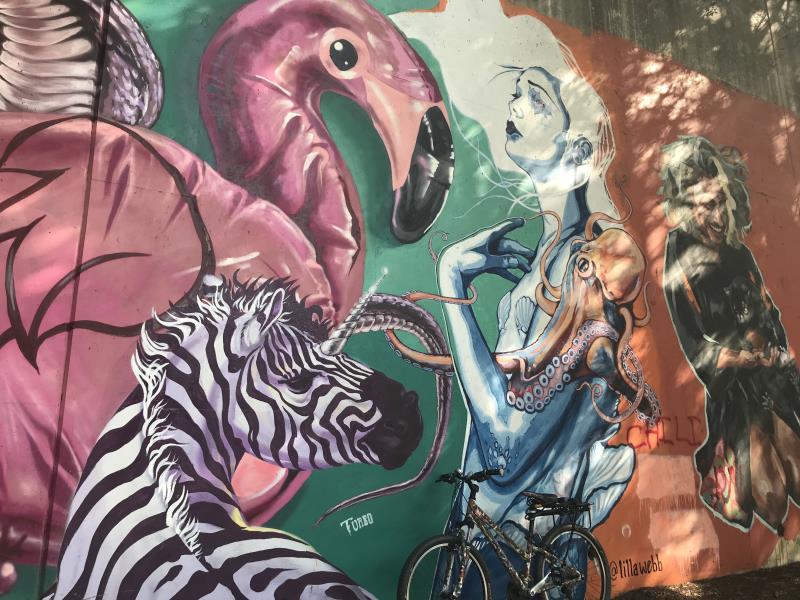 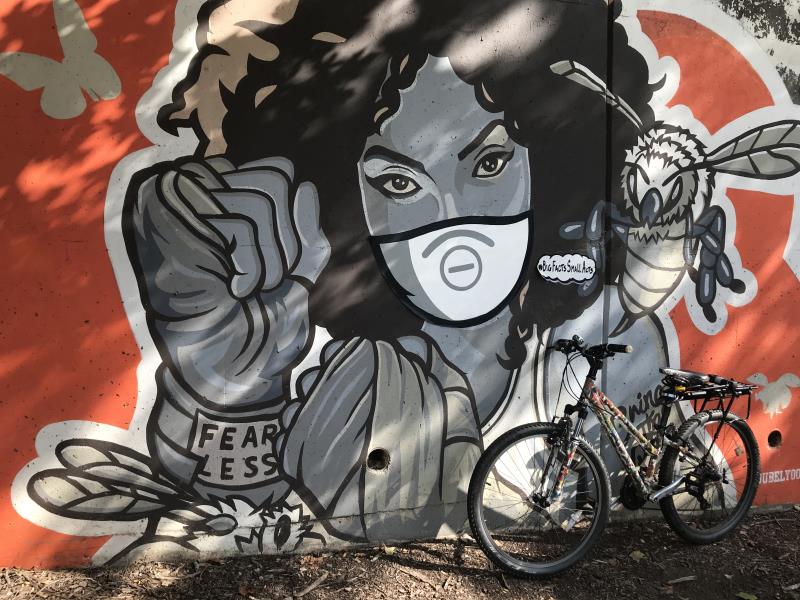 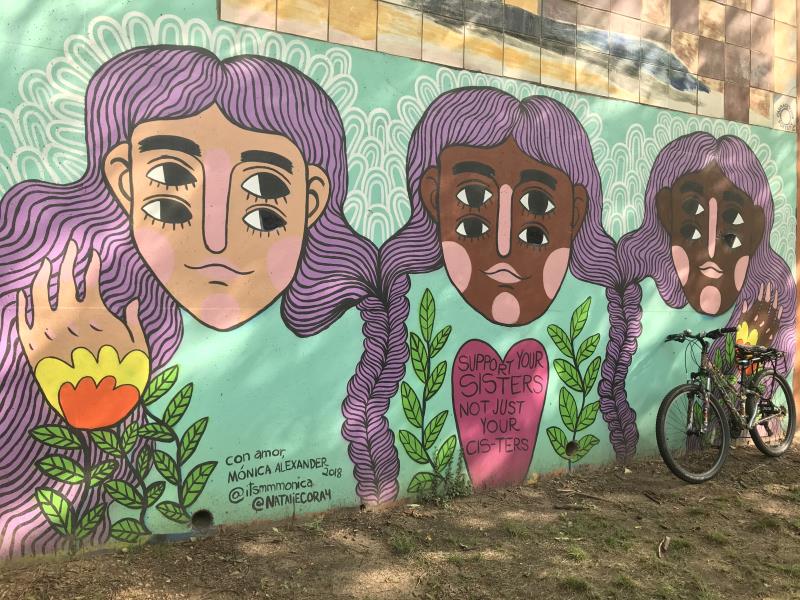 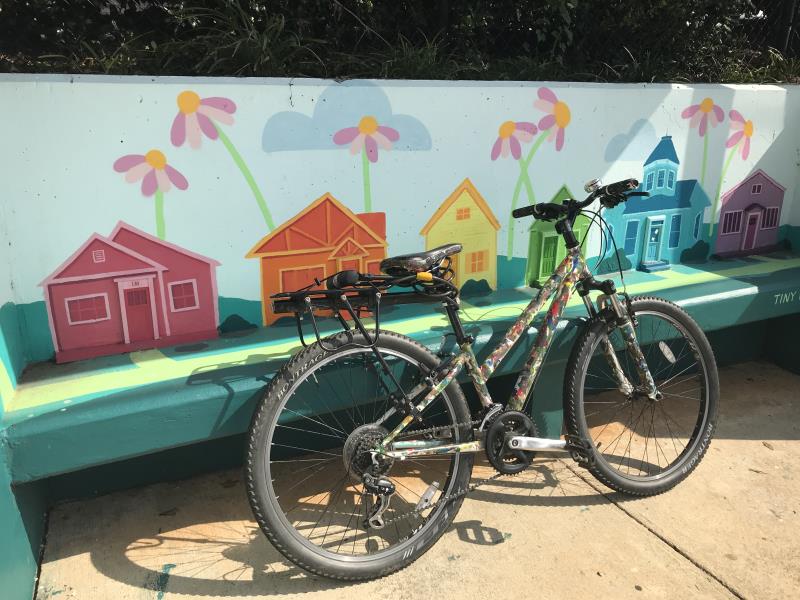 You'll pass this Tiny Doors ATL creation! It's a great place to take a little break and have a snack. Every neighborhood featured in the individual doors is another great bike ride! Fun fact: You may be shocked how close all these neighborhoods are and how easy and enjoyable it can be when you're Traveling at the Speed of Bike in Atlanta! 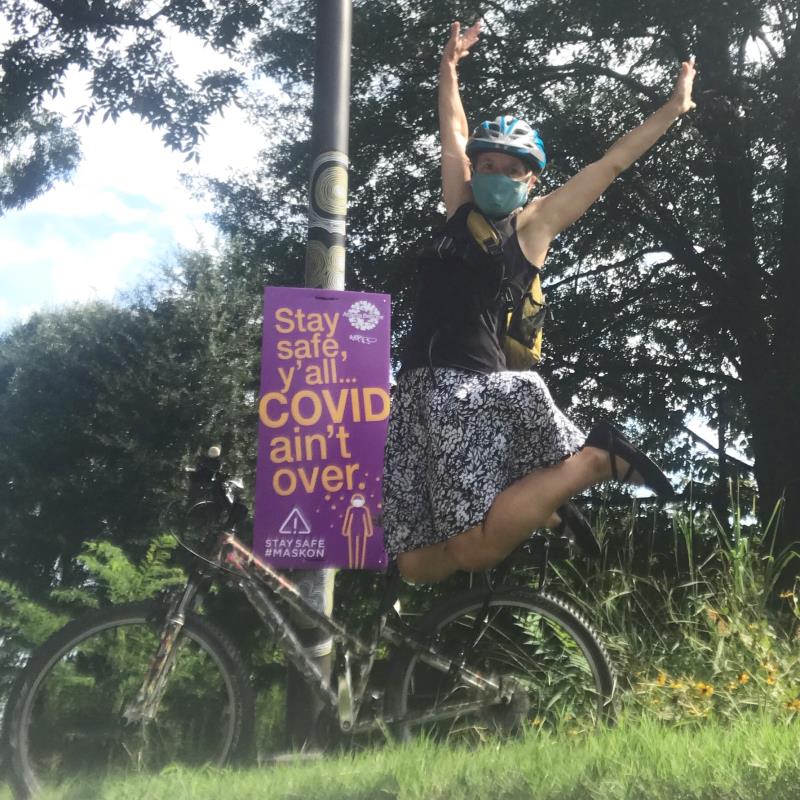 My daily Leap of Faith! This is on the Atlanta Beltline section that you will ride on this tour in Reynoldstown. Crazy to think it used to be all wildflowers and old train tracks (some of which have been nicely preserved, by the way) and I had featured a guerrilla art exhibit of street photography here a few years ago! When you get back to the Krog Street Tunnel, be sure to look down before entering and you'll see another Tiny Doors ATL exhibit! Also, when you get back to the palm tree before the cool ramp at the end, look across from it, beyond the bull, and you'll see a HUGE door that's part of the Tiny Doors ATL series of exhibits! That's a popular photo! (FYI, the Krog Street Tunnel is one of the top two most Instagrammed places in Atlanta. The other is the Jackson Street Bridge — I'll take you there soon) 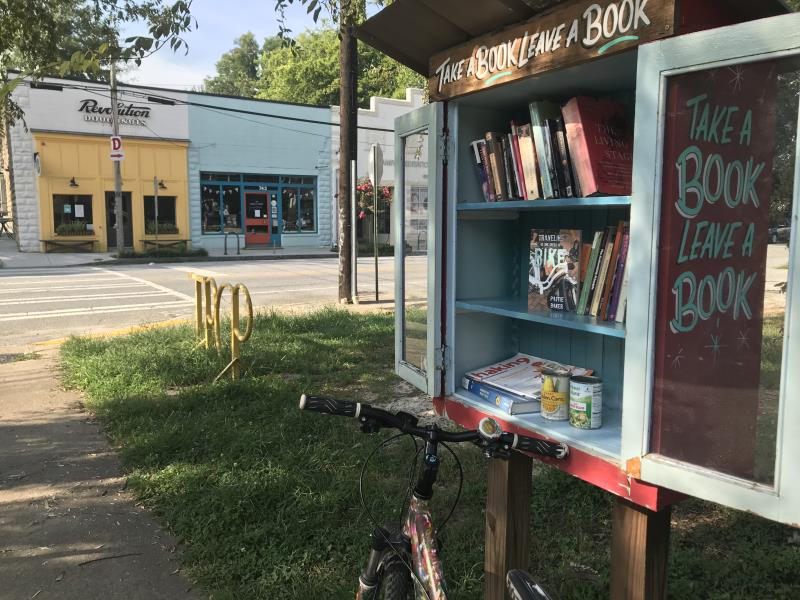 When you come up the cool ramp, if you go right and ride on Edgewood across Krog Street (be alert to car doors opening as the bike lane is right against parked cars), the next corner on the right has my favorite doughnut shop ever — Revolution Doughnuts! More than half the options are even vegan. And don't get me going on the coconut doughnut. Let's put it this way — I hate shredded coconut— and yet I DREAM about this doughnut! Sad news: the shop is open only on Fridays, Saturday, and Sunday from 10-2 during these trying times and the line is longggggggg (rumor has it you can preorder online and skip the wait). Good news: I left my book, Traveling at the Speed of Bike, in the Little Free Library across the street for you! It's a memoir — it's movement! I'm glad you've come along for the ride. Trust the journey . . . 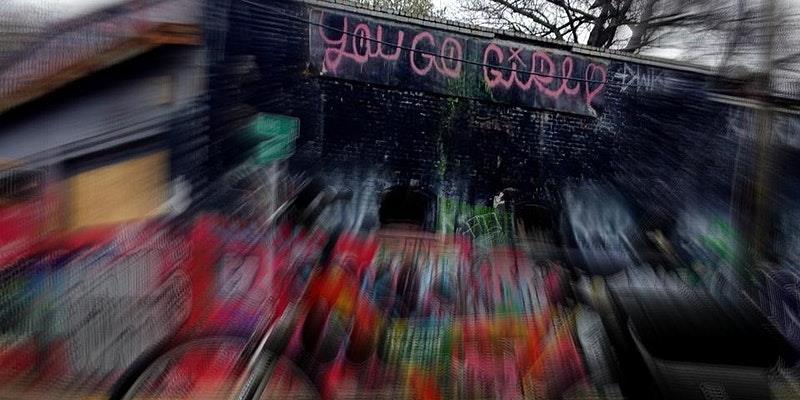 Oh, and fun fact. That white building you passed on the corner of Krog and Edgewood in order to get to the doughnut shop and Little Free Library? That used to look like this! I used to feel that message was aimed directly at me every time I went by, and it gave me the strength and fortitude to continue on a journey that has literally changed my life. This is the visual I used for my recent "You Go, Girl" series of blog posts showcasing women across the USA who are making it more welcoming to ride bikes. I even interviewed and featured People for Bikes' new CEO, Jenn Dice! Check it out: https://travelingatthespeedofbike.com/2020/08/14/meet-jenn-dice/